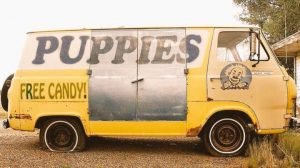 SAN TAN VALLEY, Arizona — A well-prepared pre-teen thwarted a kidnapping when she demanded a creep trying to get her into his car provide a code word.

The man was unable to answer and sped off, police say.

Police in Pinal County, Arizona say the 11-year-old girl was walking with a friend near a park last Wednesday, when a man in white SUV drove up and said their brothers had been in a serious accident and they needed to go with him.

But the girl’s parents had taught her to ask for a code word if ever in such a situation, and — thankfully — her training kicked in. When the man was unable to come up with the answer, he drove off, cops said.

“We came up with a code word, and this one time, it saved my daughter’s life,” the girl’s mother, Brenda James, told KSAZ-TV. “I never thought it would be used, but I’m proud of her for remembering that and knowing to use that.”

Police say that other children in the neighborhood had seen the man lurking around, circling the park in his SUV several times. Investigators say the man covered most of his face with his hand while talking to the girl to conceal any identifying features.

Pinal County Sheriff Mark Lamb said the girl’s training definitely save the day and that all parents should consider preparing their kids for such a situation.

“Kudos to the parents of this child for having a code word and talking about to their children about stranger danger,” he said. “We hope by putting this out, it will encourage parents to have that conversation and create a plan with their children, so they know what to do if they are in that situation.”