You are here: Home / Bias Crimes / Radical Professor at Kent State University Charged With Lying to FBI in ISIS Probe 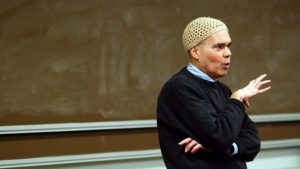 CLEVELAND — A radical professor at Kent State University has been charged with lying to the FBI during a probe into his possible connections to the Islamic State.

Julio Pino, 58, who has taught history at the Ohio university since 1992, is charged with falsely telling investigators he didn’t know a man he messaged with online and egged on as he discussed killing people, including a judge involved in his custody case.

“I’m playing the game backwards.  and winning! . . . I will kill 100s of people if they take my rights as a father away!” the man, identified in court papers only as J.E. said.

In January 2016, the man was charged with threatening a judge. Around that time, the FBI launched a probe into Pino, questioning his students about whether he attempted to recruit any of them to join ISIS. At the time, Pino called the allegations preposterous.

A Muslim convert, Pino has long been a lightning rod for controversy. In 2002, he wrote a newspaper column, eulogizing a suicide bomber in Jerusalem. Nearly a decade later, he shouted “Death to Israel” at a lecture by a former Israeli diplomat.

There have been calls to revoke his tenure, but the school always refused on first amendment grounds. The school has suspended him following the filing of charges on Monday. His attorney told Cleveland.com, that his client is planning to retire.