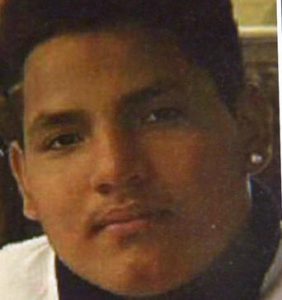 Jose Pena-Hernandez, 18, was the fifth person slain by gang violence in six weeks

BRENTWOOD, New York — For the fifth time since September, police have discovered the grisly remains of a teenager in a Long Island town that has been plagued by gang violence.

Suffolk County homicide detectives said the badly decomposed body of 18-year-old Jose Pena-Hernandez was found near the Pilgrim Psychiatric Center in Brentwood. He was a known member of the gang MS-13 and had been missing since June.

Police are treating the case as a homicide. Although the cause of death has yet to be determined, cops believe Pena-Hernandez was beaten to death.

Four Brentwood High School teens have been found dead within the past six weeks, all of whom police believe were the victims of gang violence.

On Sept. 13, the badly beaten body of Nisa Mickens was found a day before her 16th birthday. A day later, the beaten body of her friend, 16-year-old Kayla Cuevas, was discovered nearby.

Days later, police discovered the skeletal remains of Oscar Acosta, 19, and Miguel  Garcia-Moran, 15, in a remote industrial area of the town.

Police have been cracking down on local gang members in the area and have made 35 arrests since mid-September, although no one has yet been charged in any of the killings.