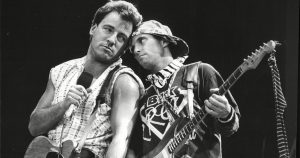 Nils Lofgren, who joined Bruce Springsteen’s E Street Band in 1984, had four guitars stolen before a show in Dallas

DALLAS — Bruce Springsteen’s long-time guitarist, Nils Lofgren, was devastated after someone broke into his tour van and walked off with four of his treasured guitars and other equipment before a show.

The cold-hearted thief busted into Lofrgen’s van outside a Holiday Inn Express where he was staying before a solo show at Dallas’ Kessler Theater on Friday.

“My whole life I’ve been a fairly gullible, positive person,” Lofgren told KTVT-TV. “It gets a little impractical when you’re doing one-nighters at the end of a long night to drag in half a ton of gear.” 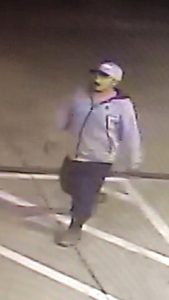 “I am devastated by this robbery. These are my first shows out after a very difficult year,” Lofgren posted on Twitter. “Alas, the show must go on. It won’t be the show I was planning on. However I do plan on taking the roof off.”

Lofgren, who joined Springsteen’s E Street Band in 1984, managed to play the show that night after borrowing equipment from friends.