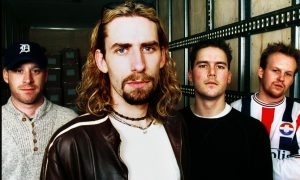 A police force on Prince Edward Island in Canada has warned that anyone who gets caught drunk driving during the holiday season will be forced to listen to the band Nickelback while being driven to jail.

“When we catch you, and we will catch you, on top of a hefty fine, a criminal charge and a years driving suspension we will also provide you with a bonus gift of playing the office’s copy of Nickelback in the cruiser on the way to jail,” the Kensington police service posted on its Facebook page.

“Now, now, no need to thank us, we figure if you are foolish enough to get behind the wheel after drinking then a little Chad Kroeger and the boys is the perfect gift for you,” the warning continued. “You don’t drink and drive and we won’t make you listen to it.”

While the Canadian douche nozzles Nickelback have achieved dumbfounding commercial success with hits like “How You Remind Me,” and “Photograph,” many consider their derivative and bland music a form of torture.

In 2013, readers of Rolling Stone magazine voted Nickelback the second worst band of the 1990s, behind only Creed. Even the magazine said the blind hatred many people feel for the band has gotten a little out of hand.

“It’s hard not to feel a little bad for Nickelback. Sure, they aren’t the greatest band in the world, but people act like they make Nazi folk music or something,” the magazine wrote.