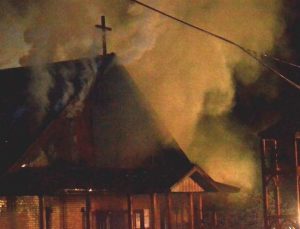 St. Ann’s Catholic Church was burned to the ground

BONNERS FERRY, Idaho — A contractor from northern Idaho has been charged with setting fire to the Catholic church in his town and burning it to ground last year.

Rucker, who has a lengthy rap sheet with arrests for burglary, drugs and domestic violence, was charged in federal court in Coeur D’Alene on Friday with destroying religious property under the Church Arson Prevention Act. He was held without bail and faces up to 20 years in prison if convicted.

The law was passed in 1996 in response to a spate of arson attacks on black churches in the south. Authorities did not publicly disclose a motive and the indictment against was sealed by the judge. 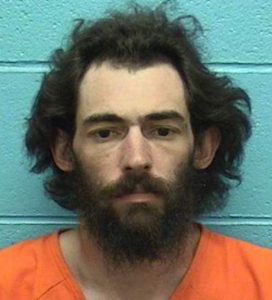 Father Carlos Perez said the church had been vandalized a month before the alleged arson, with the sanctuary desecrated with satanic symbols and a cross stolen from the tabernacle. A Lutheran Church in the area was also vandalized at the time.

“As a priest I pray confession for him because I know he is a human being,” Perez told the Bonners Ferry Herald. “But he has to pay for his mistake. I tell you, we didn’t do anything to him and he has no idea how many people are suffering from his actions.”

He said the church is used by about 150 families and the Diocese of Boise said it had served the community for over 100 years. While insurance will cover a substantial part of the cost to rebuild, church officials say they will have to raise over $500,000 themselves to make up for the shortfall.

The congregation is currently using a group of temporary trailers for services. 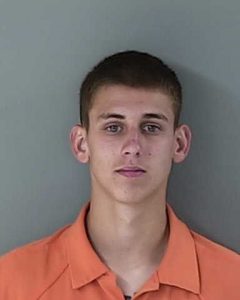 TWIN FALLS, Idaho — An Idaho judge ordered a teen being sentenced for statutory rape to remain celibate until he is married or he’ll end up in jail.

Judge Randy Stoker gave 19-year-old Cody Duane Scott Herrara a suspended sentence for having sex with a 14-year-old girl, but ordered him into a one-year prison therapy program after which he will be on probation, but only if he doesn’t have sex again until he is married.

“If you’re ever on probation with this court, a condition of that will be you will not have sexual relations with anyone except who you’re married to, if you’re married,” Stoker said, according to the Twin Falls Times-News.

“I have never seen that level of sexual activity by a 19-year-old,” Stoker said.

Prosecutors say Herrera, who could face more charges related to sex with an underage girl, told investigators he has had fantasies about a 13-year-old girl and watches pornography depicting rape. But he has not designated a registered sex offender.

The 14-year-old victim’s mother told the court that Herrera was a predator.

“It was his intent from the beginning to take what he wanted from my 14-year-old child — her virginity,” she said. “Cody robbed her of her innocence. He destroyed the child left in her. This can never be returned.”

Legal experts say it will likely be very difficult to enforce Stoker’s celibacy condition and that Herrera would likely win if he appealed on constitutional grounds. 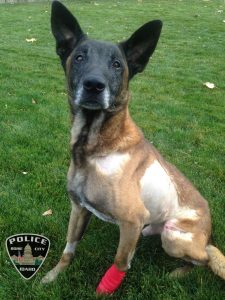 Jardo died a week after being shot

BOISE, Idaho — A police dog who survived a shooting that wounded his handler and another Boise cop died suddenly after vets thought he would recover fully.

Jardo, a Belgian malinois, collapsed at his home a week after being shot in the chest by a gunman wanted in a separate shooting whio opened fire when cornered by police.

“After an amazing initial recovery, BPD was shocked to learn of Jardo’s passing, our Department is deeply saddened by his loss,” said Boise Police Chief William Bones.  “Jardo served our community and though we were blessed with these few extra days to share with him, he ultimately gave his life in the protection of fellow officers.”

Jardo had been released two days after undergoing surgery and appeared to be doing well, vest said. But when he was rushed back to the hospital, doctors determined he was suffering from internal bleeding and went into cardiac arrest while on the operating table.

The dog was born in Europe and joined the Boise Police Department in 2013 when he was 2 years old. He was trained to track and apprehend dangerous criminals and find evidence of crimes and locate dangerous street drugs.

The suspect in the Nov. 11 shootings, Marco Romero, was killed in the exchange of gunfire with police. Cpl. Chris Davis, who was wounded, has since been released from the hospital. The second officer, whose name has not been released, remains in the hospital, cops said. 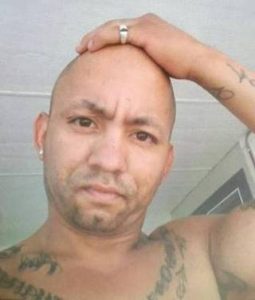 cops had cornered Marco Romero when he opened fire

BOISE, Idaho — Two Idaho cops and a police dog were shot when they cornered a suspect wanted in a separate shooting and he opened fire.

Cops had been searching for Romero for three days in connection to a shooting in nearby Meridian that left two people hurt.

The hunt led cops to a neighborhood in Boise and as they closed in, Romero took flight, Boise Police Chief Bill Bones said.

“They began to do a yard-by-yard, house-by-house search looking for the suspect. Working together with a canine while doing that search, they did locate the suspect,” he said. 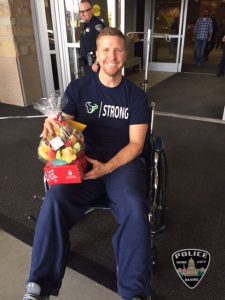 Police said Romero, 33, was recently paroled and was believed to be behind the shooting of a man and a woman he knew, leaving the woman paralyzed. Romero is then believed to have carjacked an 89-year-old woman in a nearby retirement home.

Davis has since been released from the hospital while the second cop continued to be treated. Jardo, the dog, underwent surgery and was released two days later.