GRENADA, Mississippi — At least 11 people were wounded during what cops said was a “mass shooting” at a Mississippi motorcycle club.

The shooting occurred at about 1:30 a.m. on Sunday at the SSMC private club, a popular biker spot in the town of Grenada, cops said.

No one was killed, but multiple people were treated for gunshot wounds and at least one was airlifted to the hospital.

Police say it was unclear what triggered the gun battle and no arrests had yet been made. Cops said some of those injured were from outside the county and had gone home shortly after receiving treatment at the local hospital, which had slowed the investigation’s progress, according to the Clarion-Ledger in Jackson, Mississippi. 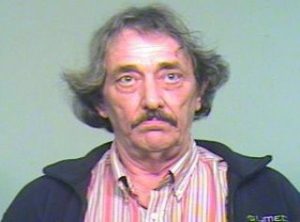 PASCAGOULA, Mississippi — It’s kind of like a gut bomb.

A man triggered a panic at a Mississippi bank  when he walked in carrying a garbage bag he said contained a bomb, but that was only filled with gumbo and jars of pasta sauce, police said.

David Harold Hudson, 61, had walked into the Hancock Bank in Pascagoula Wednesday and began harassing customers, police said, according to GulfLive.com.

Bank officials asked him to leave, but he returned a few hours later carrying the bag, which he left on floor of the bank’s lobby and told a bank manager he had a bomb nad would blow the bank up, cops said.

He then left, but the bag triggered off an evacuation of the bank and a visit by the bomb squad.

It was later discovered that the bag only held the soup and the spaghetti sauce.

Hudson was arrested at his home a few hours later. 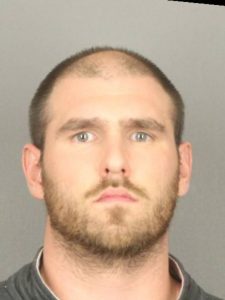 CHILI, New York — He obviously didn’t think this one through.

An idiot crook out on parole allegedly robbed a Subway sandwich shop in Upstate New York while wearing a court-ordered electronic tracking device that ended up playing him at the scene of the crime.

Adam J. Hettig, 32, who has been on parole since March on a separate burglary conviction, allegedly walked into the Subway shop in Chili, New York, and pulled a knife.

Cops say Hettig then held the blade to a clerk’s throat.

“When I came out he was pushing up against the door, he pushed it open, and then he went around my back around the table, and he had put a knife to my throat,” the employee told WHAM-TV.

“He got impatient, I don’t know what he thought I was doing, but he got impatient and that’s when he choked me … He had the knife in the right hand and choked me with his left (hand),” he said.

When cops tried to determine who the culprit was, that quickly discovered that data from Hettig’s ankle monitor placed him at the Subway at the time of the crime. 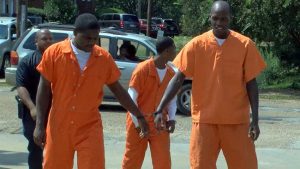 LEXINGTON, Mississippi — They liked prison life so much, they broke into jail.

Four Mississippi inmates  inexplicably broke out of a county lock-up by hopping over a fence, ransacked a Dollar General store and then snuck back in with scads of prison contraband.

“You already in jail, but you want to break out and break back in?” Lexington Police Chief Robert Kirklin told WLBT-TV. “That is just something. I heard it all.”

The inmates, Levontaye Ellington, Travis Baker, Maurice Robertson and Jacquiez Williams denied their involvement, although surveillance footage from the shop showed clearly who the culprits were.

“They stole cigarettes, cigarette lighters, phones and just items they felt they could sell in jail,” Kirklin said.

Initially, the men were able to get back inside the jail unnoticed, but the footage ultimately did them in.

“Just looking at the type of clothing they had on and just one of the bags they had put some of the merchandise in,”  Kirklin said. 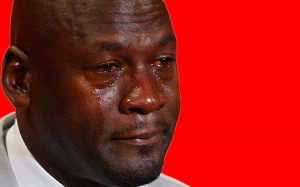 The meme that will never die

OXFORD, Mississippi — An A+ for effort, but this student still failed.

A University of North Carolina student doing work on his dissertation at Ole Miss went the extra mile to argue out of speeding ticket, pleading sadness for being forced to be away for the Tar Heels’ dramatic NCAA win and even including a picture of crying Michael Jordan.

“I need your mercy,” the chastened student pleaded in a written submission to the court.

Being a University town affords you some interesting court cases. This was the defendant’s reason for going 52 in a 40. Still found guilty. pic.twitter.com/L90ClaaqJg

Police in Oxford, Mississippi said it was no dice in the end, and the student was found guilty of going 52-miles-per-hour in 40-mile-per-hour zone.

Additionally the student, who explained they were a PhD student visiting town on a “dissertation study,” included a detailed diagram and formula arguing that the excessive speed could be blamed on the fact that the car was going down hill and was not result of stepping on the gas.

The written submission signed off with the now infamous meme of a tearful Michael Jordan, after a lengthy explanation of why the court should show mercy.

“As a Tar Heels fan, I missed the important moment of celebrating the 2017 NCAA men’s basketball championship at Chapel Hill,” because the speeder was in Mississippi to study, the missive stated.

“Being a university town affords you some interesting court cases.This was the defendant’s reason for going 52 in a 40. Still found guilty,” the Oxford Police Department posted on its Twitter feed.

An Ole Miss physics professor later Tweeted a corrected version of the student’s formula explaining the fundamentals of acceleration.

“This article is being returned for revisions,” the professor wrote. 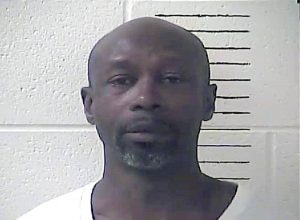 ST. LOUIS, Mississippi — A Mississippi man nicknamed “Chopper” said he had a taste for human flesh when he took a bite out of a sheriff’s deputy during a traffic stop, cops said.

Adrian “Chopper” Burton, 51, of Waveland was a passenger in a car that got pulled over Sunday for having no license plate.

The Hancock County Sheriff’s Office said Deputy Marcus Jesseby was checking the identification of all the passengers in the car and when he got to Burton, he found drug paraphernalia in his possession.

As Jesseby attempted to place him under arrest, cops say Burton chomped down on the officer’s arm. Jesseby then zapped Burton with a Taser but he allegedly continued to resist. It was only after Jesseby hit him a second time with the stun gun that Burton was subdued.

“You tasted good,” Burton allegedly told the officer as he was being taken away.

Jesseby was treated at a local hospital and later released. Burton was held an $8,500 bond. 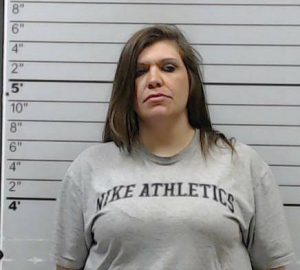 TUPELO, Mississippi — They confused the good book for the feel good book.

A Mississippi woman has been arrested for trying to smuggle drugs to her inmate boyfriend hidden inside a bible, police said.

Courtney Ford, 30, got caught with methamphetamine stashed inside the cover of the good book as she came to visit her boyfriend, Stephen Estes, 41, at the Lee County Jail on March 16.

“We search every item that is brought into the jail, and the property officer noticed something wrong. There was a bulge in the back cover of the Bible,” Lee County Sheriff Jim Johnson told the North Mississippi Daily Journal. “We cut it open and found a powdery substance.”

Cops determined the powder was meth and another substance that was sent to a lab for further testing.

Police say they think Estes was in on the act “because that day, he kept asking where his Bible was, even before she dropped it off,” Johnson said. 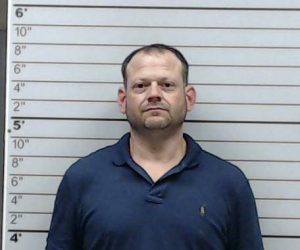 Stephen Estes could get his sentenced extended by 34 years

Ford was charged with criminal possession of a controlled substance and with trying to smuggle contraband into a correctional facility. She was previously out on bond for a prior possession charge and was held on $75,000 bond on the new charges.

Estes had been convicted just a week earlier of trafficking more than 30 grams of meth and was sentenced to 40 years in prison, although 34 of them were suspended. He was in the county lock up awaiting transport to a state prison.

“We hope to carry him back before the judge to have his sentence reconsidered,” Johnson said. “The judge could reinstate the 34 years and make him serve all 40 years.”