OCALA, Florida — A wanted drug kingpin who had been on the lam for 35 years has finally been caught after authorities caught him trying to renew a passport using the identity of an infant who died in 1955.

Federal prosecutors say 72-year-old Howard Farley disappeared in 1985 after being indicted with 73 others, for running a major drug ring out of Nebraska.

Authorities described Farley as the kingpin behind the ring, known as the Southern Line, a railroad line the traffickers used to distribute drugs around the country.

At the time, prosecutors alleged Farley, known by the nickname the “Big H,” began running the drug ring in June 1979, bringing in narcotics, including cocaine and LSD, through Florida before shipping them north.

While his 73 co-defendants were tried, Farley was never apprehended and had lived in plain sight in Weirsdale, Florida ever since, prosecutors say.

But earlier this year, the feds began zeroing in on him when he tried to renew a passport using the name, social security number and date of birth of a 3-month-old child who died in 1955.

An investigation revealed that Farley had been using the identity since the 1980s and had gotten driver’s licenses and even a pilot license in that name. He had even travelled abroad using the assumed identity.

On Dec. 2, Farley was arrested at his Florida  home on charges of passport fraud.

A fingerprint comparison confirmed that he was  indeed Howard D. Farley, Jr., the same person wanted in Nebraska since 1985.

At the time of his arrest, Farley was attempting to board his private aircraft in the hangar at his home.  During the execution of a search warrant, authorities recovered a firearm from inside Farley’s home.

He faces up to 10 years in federal prison on the passport fraud charge and will now finally face the music on the decades-old drug charges.

Roberto Carlos Silva Jr., of Omaha, was arrested on charges of first-degree murder and first-degree arson following the attack at the restaurant in Bellevue, and held without bond.

Cops were alerted to the scene after they received a call late Saturday evening about a possible bomb in a U-Haul truck parked outside of the restaurant in the Omaha suburb. A minute later, the call was updated to a possible shooting.

Officers arrived to find a moving truck on fire and four restaurant employees with gunshot wounds. Two were declared dead at the scene and the other two were sent to the University of Nebraska Medical Center for treatment.

Police identified those killed as Nathan Pastrana, 22, and Ryan Helbert, 28. The two employees taken to the hospital are Zoey Reece Atalig Lujan, 18, and Kenneth Gerner, 25. A fifth Sonic employee suffered a minor injury but declined treatment at a hospital.

The Omaha Police Department’s bomb squad determined that the so-called “device” supposedly on the flaming truck was not a bomb.

The Omaha World-Herald reported that the attack came days after Silva was arrested outside of the restaurant for allegedly using someone else’s Sonic app account to buy a total of $57 worth of hamburgers and corn dogs at that location. Silva was released on bail on Thursday. At the time of that arrest, police seized three firearms from Silva, which they still hold.

After the shooting, police say they seized four firearms, though Silva was unarmed and didn’t resist when he was arrested outside the restaurant.

Cops say the investigation was in its “infancy,” and he couldn’t explain what led to the shooting.

Sonic Drive-in, said in a statement that the company was “stunned and saddened by what occurred at the Bellevue, Nebraska, Sonic Saturday night. Our heartfelt condolences go out to the franchise owner and the families and friends impacted by this horrific tragedy.” 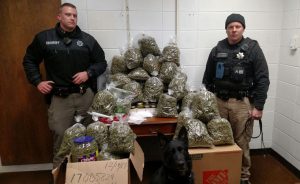 An elderly couple driving from California to Vermont were stopped with more than 60 pounds of high-grade marijuana in their car which they claim they intended to give away as Christmas presents to the their friends.

The York County Sheriff’s office says Patrick Jiron, 80, and Barbara Jiron, 83, were stopped Tuesday after their car drifted over the centerline and officers were immediately hit with the pungent smell of weed.

A search of the vehicle turned up boxes and boxes of weed in the back of the couple’s pickup, the York News-Times reported. Investigators estimated the pot had a street value of approximately $336,000.

“They said the marijuana was for Christmas presents,” Lt. Paul Vrbka said.

The couple, who live in Clearlake Oaks, California, were charged with possession of marijuana with the intent to deliver and no drug tax stamp. 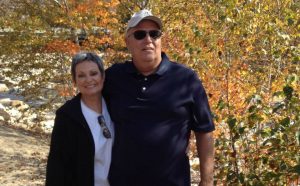 Cheri Langill (l) survived for nearly a week after her husband, Karl, shot her and then committed suicide

PAPILLION, Nebraska — A 67-year-old woman miraculously clung onto life for six days after her husband shot her in the head and left her for dead in their Nebraska home.

Authorities say that as Cheri Langill lay in the basement, her 68-year-old husband, Karl Langill, went to the garage and committed suicide by running their car until he was overwhelmed by carbon monoxide fumes.

Officers discovered what had happened when a friend of the couple called police asking them to check on the family after being unable to contact them, the Omaha World-Herald reported.

When the first officer came into the home and announced himself, Cheri began screaming for help from the basement.

The Sarpy County Sheriff’s officer says she told them she chose to remain in the basement for such a long period of time because she was unaware that her husband had killed himself, and she feared he was still upstairs.

She had also suffered a broken ankle during the dispute when she was shot with a .22 caliber pistol. It was not immediately clear when Karl killed himself, but the car had run out of gas by the time police got to the house.

Cheri was hospitalized in good condition and was talking, police said.

“Considering she got shot in the head,” London said, “I think she’s in pretty decent shape.” 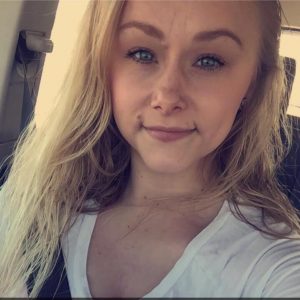 LINCOLN, Nebraska — Police believe they have found the body of a woman who disappeared after going on a Tinder date last month and two people, including the person she was supposed to meet, are in custody.

“We do believe that there is evidence of foul play,” Lincoln Police Chief Jeff Bliemeister said at a press conference.

Sydney Loofe, a 24-year-old supermarket cashier at Menards, was reported missing on Nov. 16, the day after she went out on a date with a woman she met on the dating app, the Lincoln Journal Star reported.

“Not saying I’m a nice guy. I’m a crook, I’m a thief — have been all my life. OK? But I’m not what you’re trying to make me out to be,” Trail said in a video posted online. 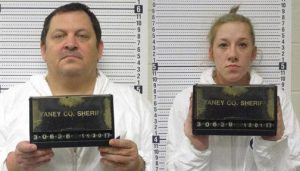 In another video, Boswell claimed she and Loofe drove around Lincoln, then smoked marijuana at her apartment. She said she then dropped Loofe off at a friend’s house and hadn’t heard from her since.

Bliemeister said investigators have a “strong belief” that the body found in an open area of Clay County is Loofe, but that official confirmation is pending. 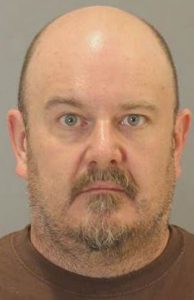 A Nebraska man has been charged with hiring prostitutes to strip on his neighbor’s front porch while he covertly watched and masturbated in his home across the street.

Douglas Goldsberry, 45,  was arrested The couple who lived in the home with their two young children reported to police numerous alarming encounters of call girls showing up at their door demanding payment and pimp’s peeking in their windows, police said.

Investigators say they believe Goldsberry had been engaging in the bizarre practice for several years. His neighbors reported at least 75 instances of woman coming to their home, but cops believe there may have been many more instances that occurred when the family wasn’t home.

At first, the episodes would occur once a month or so, cops said, but had recently escalated. In March, the family said women had arrived on eight separate occasions.

“When it got more and more and more, they got law enforcement more heavily involved,” Lt. Will Rinn of the Douglas County Sheriff’s Office told the Omaha World.

The reports led police to set up surveillance and they were able to zero in on Goldsberry after interviewing several of the prostitutes, who had been hired out of classified ads posted on Backpage.

“What we found out was, basically, this guy hasn’t been paying these prostitutes either,” Dunning said.

When Goldsberry, who works as a chef,  was arrested last week, cops found him in an Omaha Hotel with a suicide note and a noose fashioned from an electrical cord nearby. He was charged with felony pandering.

On the day of his arrest, Goldsberry’s wife filed for divorce. 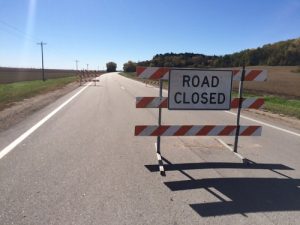 A lethal gas leak shut down a highway in rural Nebraska

TEKAMAH, Nebraska — A deadly gas leak from a pipeline carrying anhydrous ammonia killed a motorist and forced authorities to shut down a highway in rural Nebraska.

The leak from the eight-inch pipe, spilled 294,000 gallons of the substance which created a deadly cloud of gas that proved fatal to a 59-year-old farmer as he drove through it late Monday night.

He was identified as Phillip Hennig, who lived about a quarter mile away in Tekamah, according to the Omaha World-Record.

Authorities shut down a stretch of highway running near the faulty pipe for at least 24 hours. About 40 residents living in the vicinity were evacuated.

The gas, which is used as a farm fertilizer, can cause difficulty breathing and can be fatal in high doses.

The cause of the leak was not clear. The pipeline, which is owned by the Oklahoma-based Magellan Midstream Partners LP is 1,100 miles long and runs from Texas to Minnesota.