Two men have been arrested for allegedly robbing a group of women they had purportedly stopped to help with car trouble.

Police in Sioux Falls, South Dakota say three women were experiencing car problems  early Saturday morning and called a friend for help. The supposed buddy showed up soon after with two other men.

Police say the men then led the woman to an apartment complex where one of them pulled out a gun, stole a backpack from one of the women, and then tried to steal the car but couldn’t get it to start.

Police say one of the suspects, 30-year-old Shawn Michael Long was already in custody on federal charges and now faces robbery and possession of a stolen vehicle charges. Another suspect, 32-year-old Sterling George Spotted Elk Jr. was arrested on the same charges.

A third suspect has yet to be formally charged in the incident but cops say they know who he is and that he is already in custody on other charges. 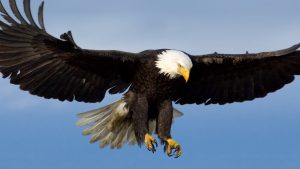 RAPID CITY, South Dakota — Federal authorities have busted up a clandestine trafficking ring dealing in hundreds of body parts from eagles and other protected birds to be used for Native American ceremonial headdresses and sold overseas.

Fifteen people have so far been charged with conspiring to commit wildlife trafficking, and violating the bald and golden eagle protection and migratory bird treaty act, according to an indictment filed in federal court in South Dakota.

According to federal prosecutors, the ringleader, Troy Fairbanks, 54, of Rapid City, described himself as “the best feather man in the midwest,” to an informant who purchased tens of thousands of dollars of eagle feathers, wings, heads and talons over the course of a two-year sting. 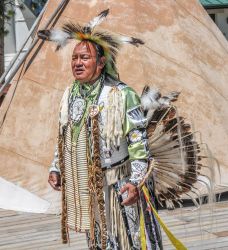 Troy Fairbanks is accused of being the ringleader

All three are enrolled members of the Standing Rock and Lower Brule Sioux tribes. Several of the deals involved the sale of dog soldier bonnets and eagle feather dance bustles.

Authorities, however, described the ring as basically a “chop-shop for eagles” in which profit was the key motive and bird feathers and eagle parts such as talons and beaks were treated simply as merchandise.

“There was no cultural sensitivity. There was no spirituality,” U.S. Attorney Randy Seiler said. “There was no tradition in the manner in which these defendants handled these birds.”

The defendants knew what they were doing was illegal, prosecutors said, using code words to describe the items, like referring to an eagle head as a buffalo skull and its wings as a wolf.

Between 2014 and 2016, prosecutors say the informant spent tens of thousand of dollars on bird parts from the Fairbanks family and arranged deals in which the elder Fairbanks said he could procure up to 60 eagles.

Other defendants were arrested in Wyoming, Iowa, Nebraska and South Dakota. Authorities said some of the 15 defendant are unconnected to each other. 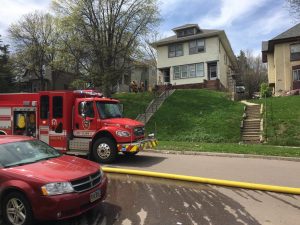 Three people were hurt in the Sioux Falls fire, although the beer was saved

SIOUX FALLS, South Dakota — That special mix of sheer stupidity and dumb luck only goes so far in life.

Police in South Dakota busted a man who pushed his way past police lines to make his way back inside a burning house in order to “save his beer.”

The blaze on Sunday left three people injured, but the man escaped unscathed, as did his beer. But Sioux Falls Police officers were not amused and placed the man under arrest for potentially placing first responders in harm’s way.

“It is not advisable to push past PD and fire in attempt to save your beer,” the department wrote on its Twitter feed. “This incredibly poor judgement could have put many responders at risk.”

1 in custody after obstructing fire and police.It is not advisable to push past PD and Fire in an attempt to “save your beer”#besmart /803 https://t.co/Y67WgOzlVp

This incredibly poor judgement could have put many responders at risk #notworthyourlife /802 pic.twitter.com/dOYmCNm6mc

Two people were treated at the scene for smoke inhalation, the Sioux Falls fire department said. A third person was taken to an area hospital due to the smoke.

“As a police officer you never know what situations the community will call upon you to help with. It isn’t always your responsibility, but when no one else is available, you do what needs to be done,” he said.

The quick-thinking cop pulled a blanket out of his patrol car and tossed it over the struggling fawn’s head to calm it, before pushing it back out the way it came and off to freedom.