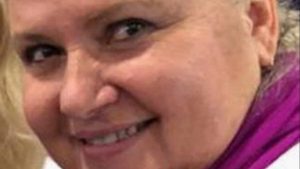 BLOOMING PRAIRIE, Minnesota — A fugitive who has been on the lam for weeks following the murder of her husband is now wanted for allegedly killing a Florida woman in a bid to steal her identity.

Lois Reiss, 56, is the top suspect in the slaying of her husband, David, in their home in Blooming Prairie, Minnesota in early March, according to the Dodge County Sheriff’s office.

Investigators found David’s body on March 23, with multiple gunshot wounds, after his business partner called police to say he hadn’t been heard from for two weeks. His wife, Lois, was nowhere to be found.

Police soon determined that Lois Reis, who friends said had struggled with a gambling problem, had been spotted at a casino in Iowa, but by the time cops got there, she was gone.

The trail went cold for two weeks, but then investigators zeroed in on Reiss again, this time in Florida, where she was a suspect in the murder of 59-year-old Pamela Hutchinson.

She was found dead of multiple gunshot wounds in her home in Fort Myers Beach, Florida on April 9, police there said. Hutchinson’s cash, credit cards, identification and car were all stolen, cops said.

Police say they believe the same weapon was used in both killings.

Detectives say Reiss has since been spotted in Hutchinson’s stolen car, a white Acura, in Louisiana and near Corpus Christi, Texas.

The U.S. Marshals Service is currently hunting for Reiss, who has three grown kids and grandchildren, and say she is considered armed and dangerous. 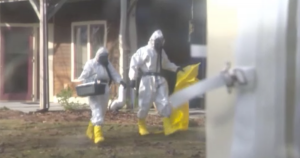 Betty Miller, 70, had allegedly manufactured the deadly compound using a recipe she found online and then wanted to use her neighbors at the Wake Robin life care community to test its potency, federal prosecutors said.

On Nov. 28, the FBI and Vermont police were called to the senior living center with a report that potentially hazardous substances had been found there. A search turned up a bottle labelled “ricin” in Miller’s apartment.

Further testing determined that it was indeed ricin, a lethal agent derived from castor beans. If inhaled, ricin can cause difficulty breathing and other symptoms. If ingested, symptoms include vomiting, diarrhea, hallucinations and seizures.

In an interview, Miller said she ultimately planned to use the poison to harm herself but wanted to test its strength first by placing it her neighbors’ food and drink, prosecutors said.

There were no reports that anyone was sickened.

Miller told officials she learned how to make the toxin online after developing an interest in plant-based poisons. Inside Miller’s residence, the FBI also found other plants that can be used to make toxins, such as apple, yew, cherry, castor and foxglove.

She was charged with unregistered possession of a select agent.

A terrified Vermont teenager made a frantic call to cops after discovering a passed-out, drunken clown sleeping in his house, police said.

When state police showed up, they discovered 43-year-old Sean Barber curled up in bed in an upstairs bedroom wearing full clown regalia. Officers said he appeared to be intoxicated and had a bag of cocaine on him.

Cops took him to the drunk tank to sober and then charged him with unlawful trespass and drug possession.

In his mugshot, Barber is still wearing his clown getup with traces of his white face paint and red nose still visible on his face.