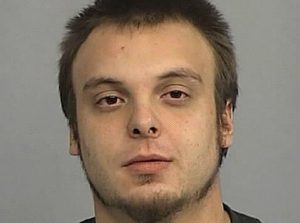 CASPER, Wyoming — This explains everything.

A slobbering drunk Wyoming man was arrested after stopping people in the street claiming he had been sent from the future to warn people that aliens are coming to town next year and that they should leave while they had the chance.

Bryant Johnson insisted that he had been sent from the year 2048 and that he needed to speak to the president of the town, KTWO-AM reported.

He told cops that in order  to time travel, the aliens had to fill his body with alcohol and have him stand on a giant pad in order to send him back in time. Unfortunately, they sent him back to 2017, as he supposed to be sent to 2018.

Officers noticed that Johnson’s eyes were watery and bloodshot eyes, that his speech was slurred speech and that he reeked of booze, so they arrested him for public intoxication.

A preliminary test showed Johnson had a blood alcohol content of .136, nearly twice the legal limit. 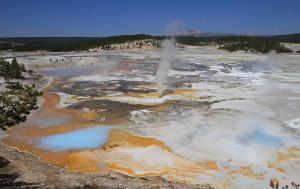 MAMMOTH, Wyoming — An Oregon man who died after falling into an acid-filled hot spring in Yellowstone National Park in June, was searching for a place to “hot-pot” or soak in a thermal pool when he lost his footing, a new report revealed.

Colin Nathaniel Scott, 23, had wandered off the park’s boardwalk trail in the Norris Geyser Basin with his sister, Sable Scott, when he tried to test the water temperature in a pool and fell in.

“They were specifically moving in that area for a place that they could potentially get into and soak,” Deputy Chief Ranger Lorand Veress told KULR-TV. “I think they call it ‘hot potting.'”

“There’s a closure in place to keep people from doing that for their own safety and also to protect the resources because they are very fragile. But, most importantly for the safety of people because it’s a very unforgiving environment,” he said. 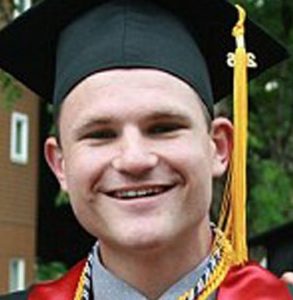 Colin Scott had ventured off the official trail

Sable Scott had been videotaping her brother on her phone when the accident happened and captured his horrific final moments on film, park ranger reports obtained by the Montana TV station showed.

When rangers arrived at the hot spring, they determined that Colin Scott was dead. Floating on the surface of the spring were Scott’s melted orange flip-flops and wallet and nearby they spotted the “upper torso of a male victim floating face-up.”

The temperature in the 10-foot-deep pool was over 212 degrees Fahrenheit, the report stated.

A lightning storm and darkness forced the rangers to abandon their recovery efforts and when they returned the following morning there was no sign of Scott’s body.

“Evidence suggests that the extreme heat and the acidity of the water quickly dissolved his body in the hot spring,” according to the report. The cause of death was listed as ‘”scalding due to submersion in thermal hot spring.” 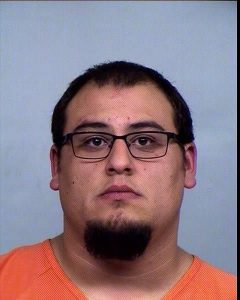 CASPER, Wyoming — She must have been one hungry hooker.

A sex-starved Wyoming man was busted in a prostitution sting after arranging online for a liason with an undercover officer in exchange for McDonald’s burger and fries.

David Magnus, of Casper, allegedly arrived at the rendezvous point with a bag containing a quarter-pounder with cheese and a medium fries.

Magnus’ arrest was part of a larger police sting in which cops posted fake ads offering sex for cash on a website advertising prostitution, or responding to ads from prostitutes posting there. Four women offering sex in exchange for cash ranging between $150 and $350 were also rounded up in the sweep.