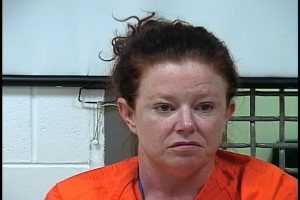 Lacey Sponsler got this one all upside down

PAWHUSKA, Oklahoma — If she had just been teaching an anatomy class, this all would have been fine.

Police in Pawhuska, Oklahoma arrested a substitute school teacher after she allegedly flashed students by performing a cartwheel in front of them while wearing no underwear beneath her skirt.

“It was alleged that a substitute teacher had performed a cartwheel, with no under garments on, which caused her to expose herself to the students in this class,” Chief Scott Laird said.

Officers busted 34-year-old Lacey Dawn Sponsler on indecent exposure charges after the episode on Tuesday in front of a choir class.

Police say a student filmed the incident on his cell phone.

Sponsler initially denied the incident, police said, but when she was told about the cell phone video, she stated she “did not remember performing a cartwheel” or exposing herself, according to the arrest affidavit.