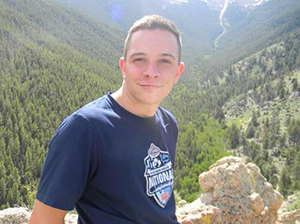 Ethan Roser was accidentally struck by the hammer at the event

WHEATON, Illinois — A Wheaton College student volunteering to work at a track and field competition was tragically killed when he was hit by a hammer flung during the hammer throw event.

College officials said 19-year-old freshman, Ethan Roser, of Cincinnati, was accidentally struck Saturday afternoon during the competition. A hammer, which is actually a ball attached by a wire to a grip, weighs 16 pounds.

Paramedics and school safety officials had been on the scene and rushed to Roser’s aid and quickly transported him to a local hospital where he died.

“We are deeply grieved, but, because of our faith in Christ, not without hope,” said Wheaton College President Philip Ryken. “We ask people to pray for Ethan’s family, his friends, and our campus community.” 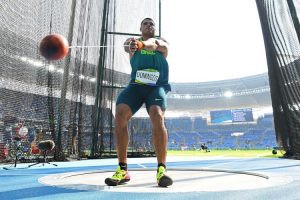 Relatives told the Chicago Tribune that Roser, the child of missionaries, had recently transferred to the school and was a member of the soccer team.

Wheaton is a Christian liberal arts college located just outside of Chicago. Notable alumni include the Rev. Billy Graham, film director Wes Craven and former speaker of the house of representatives, Dennis Hastert.