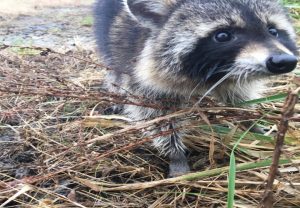 MILTON, West Virginia — These critters got drunk as a skunk … well almost.

Police in West Virginia made their strangest drunk and disorderly arrests yet when they picked up two suspected rabid raccoons who turned out just to be drunk.

“Turns out they appear to be drunk on crabapples,” the Milton police department said in a post on its Facebook page.

The masked bandits were apprehended a day apart and in both cases, were later released into the woods unharmed after they’d slept it off. Officers named the second raccoon Dallas.

“If you see a staggering and disoriented raccoon please do not approach it. It could be sick so call us and we’ll take care of it,” the department said. “Welcome to Milton Dallas.”