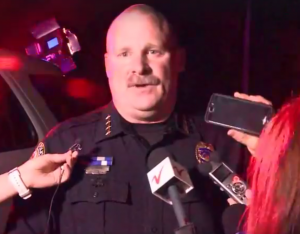 FARGO, North Dakota — A couple who were found with a newborn believed to belong to a missing pregnant woman have been charged with murder after her body was found in a river.

Brooke Lynn Crews, 38, and William Henry Hoehn, 32, were both held on $2 million bail in the death of Savanna Marie Greywind, who was eight-months pregnant when she was last seen alive in their Fargo apartment just over a week ago.

The 22-year-old Greywind’s body was found Sunday evening by kayakers in the Red River, wrapped in plastic and duct tape and snagged on a log. Investigators  said they are searching an abandoned farm nearby.

“Savanna was the victim of a cruel and vicious act of depravity,” Fargo Police Chief David Todd said. “Our hearts are heavy as we mourn the loss of this young lady.” 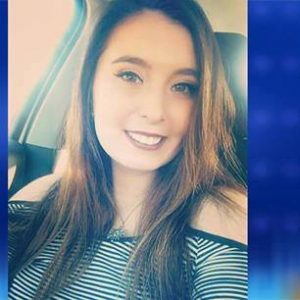 Authorities have said the couple gave investigators conflicting accounts of how the newborn baby girl wound up in their apartment. They had been charged last week with kidnapping, but have now been charged with murder as well.

According to a criminal complaint, Hoehn said he came home on Aug. 19 to finds Crews with a baby and that she was cleaning up blood from the bathroom floor.

“This is our baby, this is our family,” he said she told him. 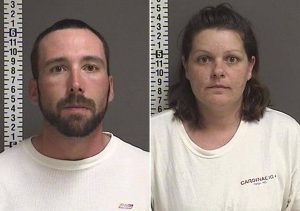 Hoehn (l) and Crews have been charged with killing Greywind

He admitted he helped dispose of garbage bags filled with bloody towels and his own bloody shoes.

Crews claimed that she had called Greywind to her apartment that night and told her how to self-induce birth by breaking her own water. She said that Greywind returned two days later and gave Crews the child.

Police declined to discuss whether there was any evidence that Greywind had undergone a Caesarean section or if labor had been induced.

The child is in the custody of children’s services and is in good health, officials have said.