You are here: Home / Creepy / Dad Jailed for Shaking Baby Son, Now Charged With Murder After Boy Dies at 20 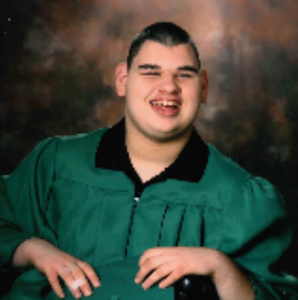 A heartless father who spent eight years behind bars for shaking his infant son so badly he was left with permanent brain damage, has been charged with his murder now that the boy has died at the age of 20.

Olin Shane Tannery pleaded guilty in 1999 of  violently shaking and squeezing his six-week-old son, Dominick Pittsenbarger,, because he wouldn’t stop crying. The boy suffered multiple rib fractures, a fractured vertebra and a series of brain injuries and doctors thought he wouldn’t survive.

But Dominick did live, although his injuries left him severely impaired for the rest of his life. Tannery was sentenced to 13 years in prison and was released in 2007 after serving eight.

Dominick — who had been adopted by Wendell Pittsenbarger and took his last name — died in April, and prosecutors took another look at the case. Last week, a grand jury indicted the now 39-yera-old Tannery for second-degree murder. He is being held on $500,000 bond. 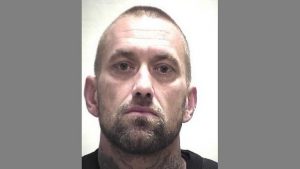 Dominick used a wheelchair through much of his life, but when he was in middle school, a coach taught him how to shoot a basketball.  He fell in love with the sport and spent countless hours shooting baskets on a goal at their home, Wendell Pittsenbarger told the Kansas City Star. He graduated from Smithville High School in 2017.

“I love that boy and still miss him dearly,” Pittsenbarger said. “I think about him all of the time.”