You are here: Home / Featured Story / Dad Shoots Newborn Baby, Wife and Mom, Then Turns Gun on Self 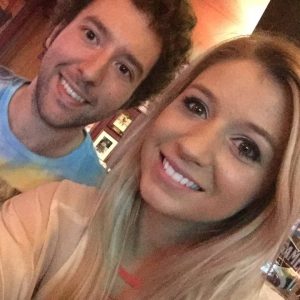 McKay Hutton (left) is believed to have shot his mother, daughter and wife, Emily McDonald (left) before killing himself

FAIRBANKS, Alaska — Four people, including an 8-week-old baby girl, were found fatally shot in an Alaska hotel room in what police believe was a murder-suicide.

Cops were called to a Hampton Inn in Fairbanks in the afternoon on the day after Thanksgiving by staff reporting a “suspicious circumstance.” Upon arriving, they found a man crying in the hallway on the second floor who directed officers to a room.

Investigators say they believe McKay Hutton killed his mother Linda, wife Emily and daughter Teagan before turning the gun on himself. 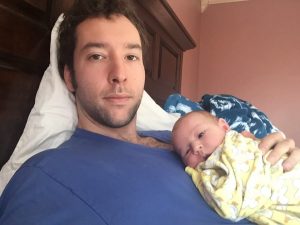 Police said the motive for the shooting remained under investigation but there was no indication that drugs or alcohol were involved. The family all resided in the Fairbanks area and it was unclear what had brought them to the hotel.

McDonald’s mother, Linda Hendrick, told KTVA-TV that her daughter had planned to become a registered nurse.

“When I was called and notified that my daughter and granddaughter were murdered, I fell to my knees and cried like never before,” she said. “This news has destroyed me. No one deserves this! Emily was a wonderful person, and an amazing mother.”