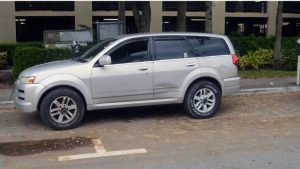 FORT LAUDERDALE, Florida — Parking officials continually slapped tickets on an illegally parked SUV, but failed to notice the dead driver sitting beneath the pile of citations.

It took four days before a passerby noticed 62-year-old Jacob Morpeau’s body slumped over the center console of his Isuzu Axiom near the Broward County Courthouse, the Sun-Sentinel reported.

“Oh my God, please tell me this man is not dead,” Carolyn White told the paper. 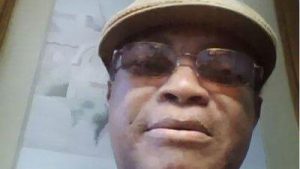 Fort Lauderdale officials declined to comment as to how Morpeau’s body lay unnoticed for so long while parking enforcement agents had piled five tickets on his windshield in mid-November. The city has since voided the tickets.

The county coroner’s office said Morpeau had died of natural causes and had been suffering from heart disease.

Kevin McGoey, owner of Kevin’s Bail Bonds nearby, sad he heard White screaming when she discovered the body. He noted the vehicle had tinted windows which may explain why no one saw Morpeau.

“It was sad,” McGoey told the paper. “The guy was probably sitting there all weekend.”

Morpeau’s son, Alain Danier, told the Sun-Sentinel that his father hailed from Haiti and had been the owner of a car sales lot in Miami, but  was retired.

“He was a good man,” he said.. “He raised all of us, and gave us everything we needed.”