You are here: Home / Dumb + Dumberer / Dealer Who Declared Himself ‘El Chapo Jr. During Police Standoff Gets 12 Years 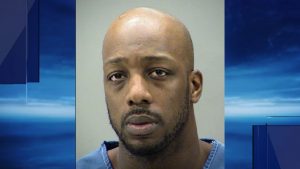 Daniel Jones burned his stash on Facebook Live, boasting ‘No evidence on me buddy!’

DAYTON, Ohio — A man who called himself “El Chapo Jr.” and brazenly boasted that he as the biggest drug dealer in the Dayton area on Facebook Live while holed up in a house surrounded by cops has been sentenced to 12 years in federal prison.

Daniel Jones, 29, had engaged in an hours-long standoff with cops in March 2016 at a Harrison Township apartment complex and even tried to burn his stash of three kilos of fentanyl to get rid of the evidence.

But in the meantime, police watched as Jones flashed wads of cash and talked about his drug-dealing prowess while streaming video live on Facebook, even declared, “No evidence on me buddy,” as he burned the drugs, prosecutors said.

Ultimately, SWAT Team officers and federal agents stormed the apartment, arresting Jones and recovered a handgun as well as the remnants of the burnt fentanyl. They also found $3,000 in cash on Jones and more than $100,000 cash throughout the apartment.

Jones has 16 prior felony convictions and is awaiting trial in an assault case and for being found with marijuana in his rectum while in a county jail.

Jones had sought leniency from the judge, saying he took responsibility for what he had done and asking for chance to turn his life around.

“I’m not glorifying or excusing my behavior,” Jones wrote in a letter to the judge. “But I don’t need a decade or two to realize what I did was horribly wrong.”

U.S. District Judge Walter Rice said he while he believed Jones was being sincere, he “totally lacks tools and ability to carry those promises into reality.”