You are here: Home / Creepy / Drunk Driver Who Sped Off With Dead Pedestrian on Roof Sentenced to 15 Years 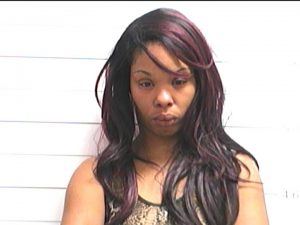 NEW ORLEANS — A drunk driver who hit and killed a pedestrian and then callously sped off with the victim’s body on the roof of her car, has been sentenced to 15 years in prison after pleading guilty to vehicular homicide.

Police said Williams then continued driving six blocks with Franklin’s body on top of her Jeep Compass. Witnesses gave chase and forced Williams to pull over as she was about to get on an interstate. Franklin was pronounced dead at the scene.

Williams had faced up to 30 years in prison. A mother of three children, Williams will be credited with time served since her arrest.

Williams did not comment in court during the sentencing hearing but her mother, Bridgette Perry, told the newspaper that the situation was a tragedy that has torn two families apart.

“We are deeply sorry, and so sad about the whole situation,” she said. “They lost a little one, and we did, too, in that she won’t see anybody for a while.”