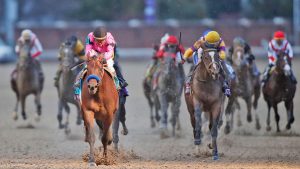 LOUISVILLE, Kentucky — And they’re off to jail!

A blustering drunk stumblebum was busted after he climbed onto a horse at Churchill Downs race track and nearly rode on to the track for the Breeders’ Cup.

Cops say Michael Wells-Rody, 24, managed to get into a restricted area on Saturday and rode it out of the tunnel towards the entrance to the track, the Louisville Courier Journal reported.

But before he could get out to the gate, officers spotted him and placed him under arrest

According to the arrest citation, Wells-Rody was “under the influence of alcohol” and was “loud and disorderly” to Churchill Downs staff.

He was charged with alcohol intoxication in a public place and disorderly conduct. He has since been released from Metro Corrections and is scheduled to be arraigned Monday morning. 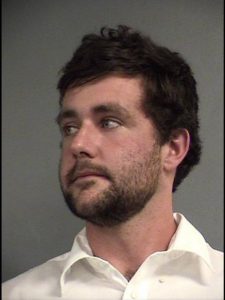 More than 112,000 people attended the Breeders’ Cup World Championships over the weekend, with around 70,000 showing up on Saturday.