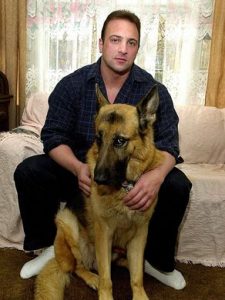 Investigators dug up four bodies on a rural property rented by Nicholas Tartaglione, a retired Briarcliff Manor, N.Y. police officer. The 49-year-old was arrested on Monday for the slaying of four men who disappeared in April as well as conspiring to deal five kilos of cocaine.

“While all murders tear at the fabric of our communities, when the alleged perpetrator of a gangland-style, quadruple homicide is a former police officer, that strikes at the heart of civilized society,” U.S. Attorney Preet Bharara said.

Prosecutors allege that Tartaglione, who retired on disability in 2008, had been involved with others in dealing cocaine between June 2015 and April of this year. That’s when Martin Luna, Urbano Santiago, Miguel Luna, and Hector Gutierrez were last seen at a diner in Chester, N.Y. 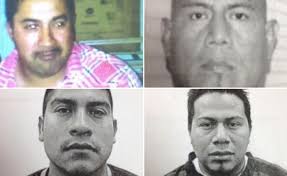 The four men were last seen in April in Chester, N.Y.

Investigators believe that one or two of the victims may have been involved in drug dealing, but that the other two were just in the wrong place at the wrong time. According to the indictment, Tartaglione is believed to have killed the men in or around the Likquid Lounge in Chester, a bar owned by his brother.

“These four men had not been seen or heard from since the day of their alleged murder.  We hope that today’s arrest brings some measure of comfort to the victims’ families and loved ones,” Bharara said.

Tartaglione was suspended from the Briarcliff Manor force in 1999 following a perjury arrest for allegedly lying at a Department of Motor Vehicles hearing regarding a drunk-driving arrest. He was acquitted at trial but was fired on departmental charges. He sued and got his job back in 2003 with $320,000 in back pay, the Westchester Journal News reported.

He was also accused by a local cable television host of beating and harassing him. The host settled a federal lawsuit against the village and Tartaglione for more than $1.1 million.