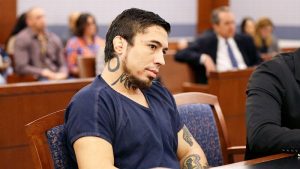 Koppenhaver had faced the possibility of life in prison with no chance of parole. Mackinday said it didn’t matter, as she would never feel safe.

“I don’t know how much time in prison would make me feel right,” she told the judge. “But I do know that when he gets out he will kill me.” 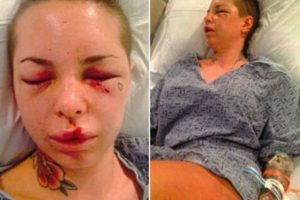 Koppenhaver, 35, said he was deeply remorseful for what had happened and his lawyers had asked for a 16-year-to-life sentence.

“Not a day goes by that I don’t seriously regret what I did,” Koppenhaver told the judge. “I hated the way I think. I hated my impulses. … I hate myself.”

Prosecutors said Koppenhaver beat Mackinday, 26, for nearly two hours during the August 2014 attack before she was able to escape and get help. At one point during the attack, Mack testified that Koppenhaver told her, “Now I have to kill you. I’ve gone too far.” 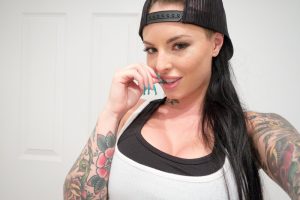 Mackinday had testified that she had endured an abusive relationship with Koppenhaver for 15 months but had called it off at the time of the attack. He savagely beat her in a fit of jealousy after storming into her home and finding her clothed in bed with Thomas, whom she had been dating for two months.

She suffered multiple serious injuries, including a broken nose, lacerated liver, two lost teeth and a fractured rib. She said the emotional damage she suffered may have been worse and that she continues to live in fear.