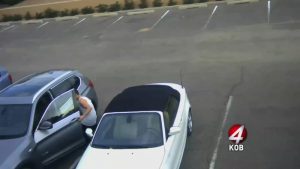 ALBUQUERQUE, New Mexico — Here’s a guy who may want to reconsider his position on gun control — at least when it comes to his own guns.

The former head of New Mexico’s Republican party had a gun stolen from his car on four separate occasions by the same thief because he repeatedly left the doors unlocked.

Allen Weh reported that four different Smith & Wesson 9mm handguns he had placed under the seat of his BMW SUV as he went to work at CSI Aviation in Albuquerque disappeared from the parking lot over the course of three months late last year. 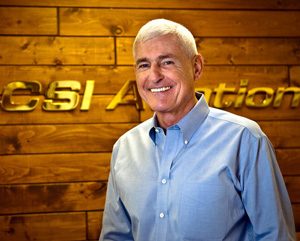 “Some of it was my own stupidity. I left my car unlocked. I should have locked it,” Weh, a retired Marine colonel told KOB-TV. “But what really bothers me is the criminal activity in this community that’s gone on and allowed to take place by judges. It’s got to end.”

After the third burglary, Weh’s company, where he is chief executive, installed surveillance cameras in the parking lot.

During the fourth episode, Weh said he spotted a suspicious-looking man lurking around the parking lot and when he made a bee-line for his car, Weh confronted him. Weh told cops the man then opened the door to his car, pulled out the gun and brandished it at him before making his way to his getaway car.

When police were finally able to view the surveillance tape, which had been delayed because of technical problems, investigators immediately recognized 19-year-old Daniel Sandoval, a known local gang member. 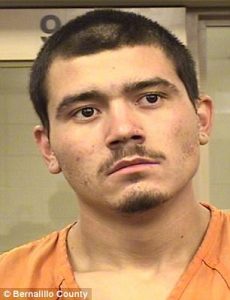 When he was arrested, he admitted to stealing the four guns although he denied threatening Weh with his gun on the fourth occasion, cops said. Sandoval is one of two men charged with the murder of a deacon who was dragged by his own van after he tried to stop the two suspects from stealing it.

A firm supporter of gun rights, Weh said the thefts have done nothing to change his position.

“I’m a believer in not letting felons have access to weapons. But if they’ll come steal from me, they’ll come break in your car. They’re going to find a way to get a weapon,” he said.