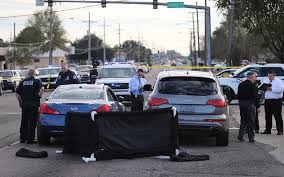 McKnight, 28, was shot multiple times after getting into an argument with another motorist and was declared dead at the scene. 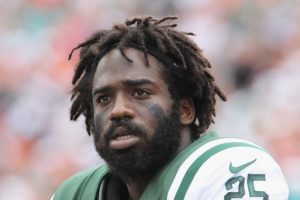 The New Orleans Times-Picayune quoted an unnamed witness saying she saw McKnight apologizing to a man who was yelling back at him. The man then pulled out a gun and fired multiple times.

She said the shooter then stood over McKnight and said “I told you don’t you f— with me,” and then fired again.

Police say McKnight was unarmed and that Gasser remained on the scene until officers arrived and handed over his weapon to them.

McKnight played as a running back and return specialist in the NFL for four seasons — three with the Jets and one with the Kansas City Chiefs. He then played in the Canadian Football League.

A native of Louisiana, McKnight played at John Curtis Christian High School in suburban New Orleans. His family lost their home in Hurricane Katrina. He then attended the University of Southern California where he was sometimes referred to as the “next Reggie Bush.”

In 2010, he was drafted in the fourth round by the New York Jets. He played in a limited capacity as a backup running back, kick returner and cornerback before leaving the team in 2013.