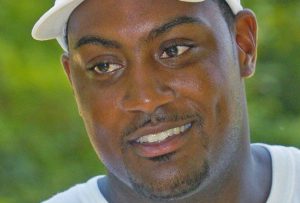 Merrill Robertson had been a standout player at UVA

RICHMOND, Virginia — A former standout linebacker at the University of Virginia who had a brief stint in the NFL has been convicted of running a Ponzi scheme through which he bilked dozens of people he met through his playing days out of $10 million.

Federal prosecutors had alleged that Merrill Robertson Jr., 36, and his co-conspirator, Sherman Carl Vaughn, ran a bogus investment company called Cavalier Union Investments, but instead of investing the cash they raised , they used it to line their pockets or pay out earlier investors.

The pair operated the scam from 2009 until 2016, during which Robertson utilized relationships he had made in college and the NFL as well as his high school days at Fork Union Military Academy to find targets.

Robertson was a starting linebacker for the UVM Cavaliers, and spent time in training camp for the Philadelphia Eagles and Minnesota Vikings in 2003 and 2004.

The Securities and Exchange Commission said that among Robertson’s victims included coaches, alumni, donors and employees of the schools he had attended.

In all, the men bilked around 50 people out of $10 million which they partly used to cover their own living expenses, including mortgage and car payments, school tuitions, spa visits, restaurant and department store bills, and vacations.

While Robertson and Vaughn represented themselves as skilled investors, Vaughn had, in fact, filed for personal bankruptcy four times, including twice during the scam.

Vaughn pleaded guilty last year and is awaiting sentencing in September. Robertson was convicted of mail fraud, bank fraud, and money laundering and faces a maximum prison term of 330 years when sentenced on Dec. 6.

Robertson’s lawyer argued at trial that Vaughn was the mastermind behind the scam and had duped Robertson as well, saying he was a victim as well.