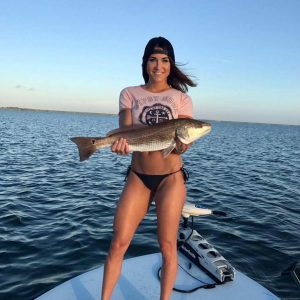 NEW SMYRNA BEACH, Florida — A hot-to-trot middle school teacher has been busted for carrying on an affair with an 8th grade student and sending him nude pictures of herself, police said.

Stephanie Peterson, 26, who is married, was busted after the 14-year-old student told his parents about the the ongoing affair that began in November, the Volusia County Sheriff’s office said.

The situation came to light when the boy broke down crying during a joking conversation about a teacher molesting a student, telling his mother, “anyone could molest you,” according to the police report.

“The parents got wind of it, and they confronted the teacher about breaking off he relationship,” Sheriff Mike Chitwood told WKMG-TV. “We believe that sometime in January, they either resumed or continued the relationship. At that point, the family came to the police.”

The boy told police that Peterson, who worked as a science teacher at the New Smyrna Middle School and also is known as Stephanie Ferri, would send him nude pictures via Snapchat and Instagram.

He said they carried on their relationship late at night when Peterson’s husband was working, with her picking the boy up around 11 p.m. and bringing him back home at 2 a.m.

Peterson told the boy not to tell anyone about their relationship or they’d get in trouble. She also bought him marijuana and  a pipe to smoke it, and authorities say his grades suffered after the relationship started.

Peterson resigned from the school following her arrest.