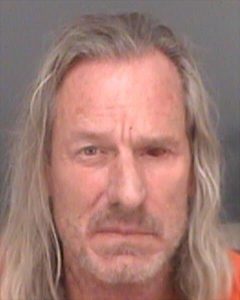 Edward Michael Dorsey has a strange way of looking at things

A one-eyed Florida man was arrested for allegedly assaulting a doctor and a nurse by violently hurling his glass eye at them and screaming, “I can do whatever I feel like doing!”

Police had picked up 54-year-old Edward Michael Dorsey while responding to a domestic battery call at his home in Largo.

As they were taking him to the Pinellas County jail, they decided to take him to the Largo Medical Center to be evaluated. While Dorsey, was being checked,  he allegedly yanked his glass eye out of its socket and fired at a doctor and nurse, WTSP-TV reported.

When the hospital staff asked him not to take his eye out, he allegedly yelled back, “I can do whatever I feel like doing!”