You are here: Home / Gangs + Drug Lords / Fugitive Eco-Terrorist Nabbed In Cuba After 12 Years On the Run 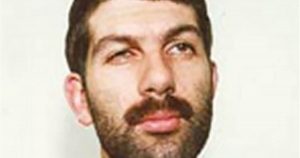 Fugitive Joseph Mahmoud Dibee was last seen in the U.S. in 2005.

PORTLAND, Oregon  — One of the last remaining fugitive members of a dangerous eco-terrorist group behind a string of arson fires that caused millions of dollars in damage has been caught after more than a decade on the lam, the FBI said.

Joseph Mahmoud Dibee, 50, was apprehended after investigators got a tip he was traveling through Central America on his way to Russia with a planned stop in Cuba, according to court documents.

With the help of Cuban authorities, Dibee was arrested there before boarding a plane bound for Moscow and was then sent back to the United States to face justice.

Dibee was a member of “The Family,” a notorious band of environmental radicals who set more than 40 arson fires at development sites in the Western United States between1995 and 2001. The fires caused more than $45 million in damages, with a 1998 arson attack on a ski resort in Vail, Colorado its most brazen act. That blaze caused $26 million in damages. 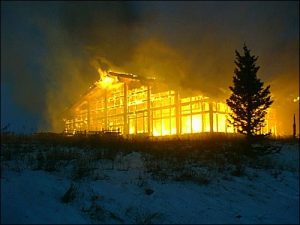 A fire set by The Family at a Vail, Colorado ski resort in 1998

Dibee fled the U.S. in December 2005. The following year, he was indicted along with 11 co-conspirators and has been on the run since.

“The crimes they committed were serious and dangerous,” said Special Agent Tim Suttles, who has been working on the investigation since 2004. “Just because time passes doesn’t mean the FBI forgets. We are very gratified to have Dibee in custody.”

Dibee’s capture leaves one fugitive from the group still at large. Josephine Sunshine Overaker, a U.S. citizen believed to be either 43 or 46 years old, fled to Europe in late 2001 and hasn’t been seen since.

“She’s the last one,” Suttles said, explaining that Overaker faces 19 felony counts in Oregon, Colorado, and Washington State. “We will continue to pursue her and to run down every lead that comes to us. We’re not going to give up just because time has passed.”