You are here: Home / Creepy / Kidnapping Victim Slain Despite Ransom Being Paid 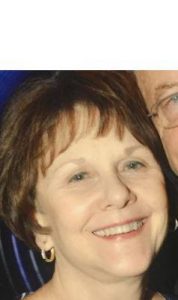 Sandra Harris was found dead two days after she was abducted

KENNEWICK, Washington — A woman has been charged with kidnapping a 69-year-old woman she knew who was found dead after a $250,000 ransom had been paid for her safe return.

Theresa Wiltse, 49, was arrested as she picked up a bag containing the ransom cash at a gourmet grocery store in Washington state, a day after Sandra Harris had been abducted from her home in Kennewick.

Harris’ body was discovered a day later along a rural road south of Kennewick. She appeared to have suffered a gunshot wound, police said.

“Theresa confessed to being part of the kidnapping,” along with two men she identified only as “Jose” and “Jesus,” according to a police report obtained by The Associated Press.

Investigators said Wiltse’s “role appears to be much bigger than she claims,” and that blood was found in the backseat of her car which was being analyzed.

Wiltse has been charged with first-degree murder and kidnapping and is being held on $1 million bail.

“This was not a random act,” Kennewick police said in a statement. “The suspect we have in custody, Theresa Wiltse, was known to Sandra Harris and her husband Randy Harris. The exact nature of how they are known to each other is still a part of this investigation.” 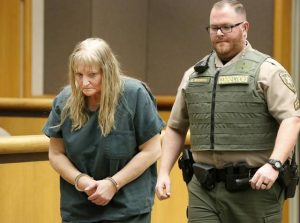 Theresa Wiltse has been charged with 1st degree murder and kidnapping

Investigators said “there could be another person or persons involved but we do not have any specific persons that we are looking for.”

Randy Harris owns a small pawn shop in Kennewick and Wiltse lives in the small town of Connell about 40 miles away. She worked as a state prison guard in Walla Walla from 2008 to 2010, when she quit, the Corrections Department said.

Cops caught up to Wiltse after Sandra Harris called her husband from her cell phone and said her abductors were demanding cash. With the help of authorities, an exchange was set up and Wiltse was arrested after driving off in a rental car with California plates.