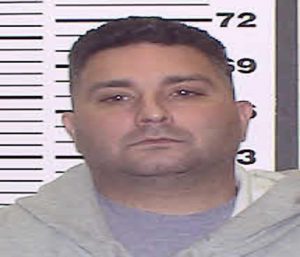 A reputed Mafia henchman was busted plotting an elaborate old-school escape from a federal lockup that involved dental floss, a rope fashioned from bed sheets and enlisting the help of a priest.

Prosecutors say Lucchese family soldier Christopher Londonio, who was in the clink at the Metropolitan Detention Center in Brooklyn awaiting trial on murder and racketeering charges, was done in by a fellow inmate who ratted him out to authorities.

Londonio, 43, and another inmate allegedly hatched a plan in June to solicit the help of a priest to smuggle in a hacksaw blade, while using dental floss as a cutting tool to tamper with a window and stockpiling sheets to make into a rope, prosecutors said.

But jail officials caught wind of the plot before they could escape.

“Someone facing federal charges of murder, extortion, racketeering, and a litany of other crimes may feel a certain desperation to attempt breaking out of jail to avoid justice,” said FBI Assistant Director William Sweeney Jr. “However, the outlandish choice of dental floss, and even allegedly asking a priest to assist in the escape defies comprehension.”

Londonio had previously charged with fellow mobster Terrence Caldwell with the execution murder of longtime Mafia hitman Michael Meldish in the Bronx in 2013.

Londonio faced life in prison on the prior murder and racketeering charges and now faces an additional five years behind bars if convicted of attempted escape.