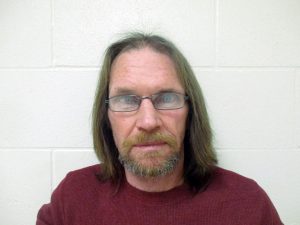 Clinton Sproles likes his drink a bit too much

BUTTE, Montana — Get this man to A.A.

A man arrested in Montana for driving drunk admitted to cops that it was the 23rd time he;d been busted for driving under the influence.

Clinton Todd Sproles, 54, was picked up on suspicion of drunk driving late Saturday in Butte and was charged with DUI.

Sproles told cops he had been arrested for the same charge 22 times previously in Montana and other states.

“It doesn’t look like he’s getting any kind of a message to stop his behavior, that’s the concerning part,” Butte County Sheriff Ed Lester told KTVQ-TV. “Anytime you’re racking up DUIs, that’s an amazing pace for anybody to set, so it’s deeply concerning that he’d be out driving with potentially 22 DUIs.”

Police say they aren’t sure if Sproles’ account of his criminal history is entirely accurate, but court officials had a record in 2008 of him being arrested 18 times in multiple for DUI dating back to the 1970s.

In 2006, he was declared a persistent felony offender. In 2008, a judge in Bozeman sentenced Sproles to 20 years in prison after he crashed into a parked car with a blood alcohol level of 0.179. But he ended up on parole after entering an alcohol treatment program.