You are here: Home / Colorado / Man Charged With Assault in Unlicensed Castration of Transgender Woman 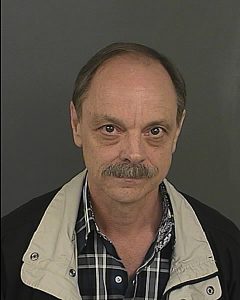 DENVER — A man who removed the testicles of a transgender woman even though he doesn’t have a medical license has been charged with felony assault.

James Pennington, 57, used a scalpel from an army surgical kit to to remove the woman’s testicles at her Denver home on May 17, cops said. He then sutured the incision and told the woman to call 911 if complications were to develop.

The woman had agreed to allow Pennington to perform the operation and her wife watched as the 90-minute procedure was performed.

When the woman’s wife changed the dressing a few hours later., she discovered that the victim was bleeding heavily from the incision so she called 911. Paramedics took the woman to the hospital and contacted police.

In a letter to reporters, the woman insisted that Pennington was not a monster and that she had been forced to rely on the back-alley procedure because of failings in the U.S. health care system.

“Arranging a back-alley surgery was out of pure desperation due to a system that failed me,” the woman, who identified herself simply as Jane Doe, wrote in the letter. “Until this system is fixed and transgender people are encouraged and able to get the care that we need, there will always be cases like mine.”