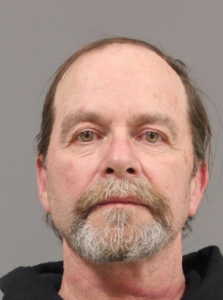 An upstate New York man landed behind bars after staging his own abduction in an elaborate scheme to avoid paying out on a Super Bowl pool, police said.

Robert Brandel, 60, of North Tonawanda, was found tied up in the back seat of his Ford F-150 on Wednesday afternoon, the New York State police said.

Brandel claimed that he had picked up two men on Monday who had been involved in a Super Bowl pool he had run but one of them pulled out a gun and stole $16,000 in cash he had won from the game.

Cops say Brandel claimed the men made him drive around western New York for two days against his will before tying him up in the back seat of his truck and leaving him a supermarket parking lot near Niagara Falls.

But upon further investigation, detectives determined that Brandel had made up the elaborate tale and had created fictitious names to fill in the boxes in the $50,000 Super Bowl pool, with the hopes of pocketing the cash.

The gambit failed and he was left far short of being able to make the payouts, so turned to fabricating the abduction tale to explain why he didn’t have the money, cops said.