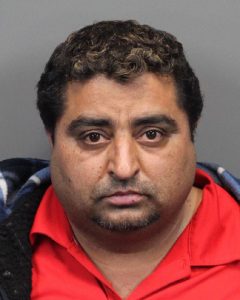 Balwinder Singh, aka Happy, had some sinister plans for India

RENO, Nevada — A man named Happy has pleaded guilty to helping organize an assassination attempt on an Indian official and supporting terrorist attacks aimed at creating an independent Sikh state there.

Federal prosecutors in Nevada say Balwinder Singh — who is also known as Jhaji, Happy, Possi and Baljit Singh — had been in contact with a group of Sikh nationalists in India to arrange sending a supporter from the United States to kill a government official.

Singh, 42, is an Indian citizen and a permanent U.S. resident living in Reno. Prosecutors say that in October 2013, Singh had plotted with the others to send the man to India to carry out the attack and acquired two sets of night vision goggles for him to use. In December of that year, the co-conspirator was arrested trying to board a flight from San Francisco to Bangkok, foiling the plot.

Following the bust, Singh and the others continued to discuss and plan a terror attack in India until Singh’s arrest later that December. He has been in custody since.

“National security is a top priority for the U.S. Attorney’s Office and we will continue to work with our law enforcement partners to locate, identify, and prosecute those who conspire and attempt to provide material support to terrorists and terrorist activities,” said U.S. Attorney Daniel Bogden.

Singh pleaded guilty to conspiring to provide material support and resources to terrorists with the intending of it being used to commit terrorist attacks overseas. He faces up to 15 years in prison when he is sentenced in February.

The cause Singh admitted supporting aims to create a separate Sikh nation called Khalistan — or the land of the pure — in the Indian state of Punjab.