You are here: Home / Dumb + Dumberer / Man Uses Change of Address Form to Get UPS Mail Sent to His House 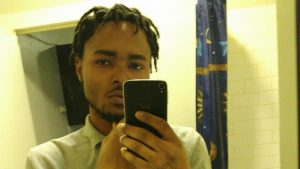 A clever con man used a postal service change of address form to redirect mail meant for UPS corporate headquarters in Atlanta to be sent instead to his tiny apartment in Chicago.

Federal prosecutors say Dushaun Spruce managed to deposit $60,000 worth of checks that were meant to go to UPS, during the month the company’s voluminous quantity of mail was arriving at his house late last year.

It was only after the checks went astray that UPS even noticed something was wrong and contacted the postal police.

When authorities raided Spruce’s home, they found 3,000 pieces of mail that was intended to go to UPS. Postal carriers said so much mail had started showing up at Spruce’s house, that it couldn’t fit in his letter box  and they had to leave it in postal tubs outside his door.

Postal officials say they process 37 million change of address forms each year, but only about 1,000 end up being investigated for fraud.

Spruce told the Chicago Tribune that he had started receiving UPS’ mail due to a mix up and that he wasn’t responsible.