You are here: Home / Main Stories / Maybe Suspected Killer’s “Trust No One” Tattoo Was a Sign? 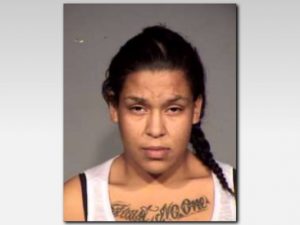 PHOENIX — It’s probably not a good idea to get involved in a long-term relationship with someone with the words “Trust No One” tattooed across their chest.

Arizona cops are hunting for the pregnant girlfriend of a man who was found brutally beaten and shot to death in his Phoenix home in September.

Police say 23-year-old Yaneli Medina, who also goes by “Nelly” or “Dollar,” is seven or eight months pregnant and has the no nonsense tattoo across her chest.

Medina’s family and friends told cops she admitted to killing 53-year-old Kimmy Brice in his home on Sept. 28, KPHO-TV reported. 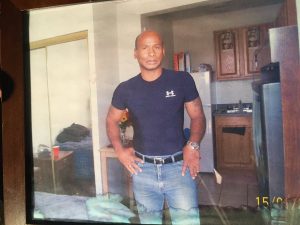 Kimmy Brice was found beaten and shot to death

Brice has a lengthy rap sheet, records show, and is a registered level three sex offender for having sexual relations with a minor in the mid-1990s.