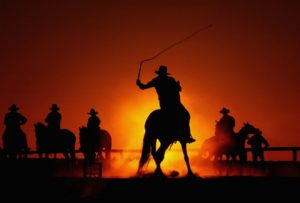 FORT WORTH, Texas — It was cattle rustling for the modern age.

A cattle trader has been sentenced to 10 years in a federal prison in one of the largest cattle fraud cases in Texas history in which he stole millions of dollars from a major livestock brokering firm by claiming to sell tens of thousand of heads of cattle to phony “big money” Texas rancher.

Tony Eugene Lyon, 52, of Fort Worth, pleaded guilty last November in federal court to a single count of wire fraud in the case that rocked the tight-knit cattle-trading world.

Prosecutors say Lyon was well-known trader in the North Texas cattle markets, engaging in buying, fattening, and selling cattle, as well as securing pastureland and transporting them. But he also once served 37 months in prison for bank fraud.

Through his work, Lyon became a representative in North Texas for Sidney, Nebraska-based Midwestern Cattle Marketing firm and bought and sold cattle on their behalf.

Federal prosecutors say that in early 2014, Lyon told the firm they could save money if they purchased cattle directly from him. They agreed, and Lyon was provided with MCM checks and a signature stamp, enabling him to purchase cattle without having to wait for authorization. 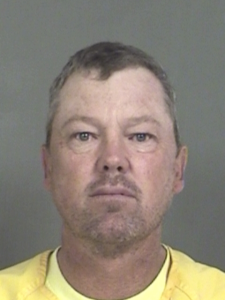 Between Feb. 4 and June 29, 2015, prosecutors say Lyon told MCM he bought more than 50,000 head of cattle from a firm called the George Cattle Company, located in Fort Worth, Texas, which he said was  owned by a man named John George. In total, $87 million was purportedly spent in over 130 transactions.

But prosecutors say there was no John George and the George Cattle Company was just a figment of Lyon’s imagination. In reality, he was using the cash to pay off his and his parents’ debts and lining their pockets in an elaborate check-kiting scheme.

Prosecutors say the house of cards collapsed in June 2015, when a cash shortfall led Midwestern Cattle’s president, Jason O’Connell, to drive all night from Nebraska to confront Lyon.

O’Connell testified that Lyon confessed that “there were no cattle, there was no George Cattle Company, and there was no money to turn over.” When later deposed, Lyon asserted his Fifth Amendment right against self-incrimination and refused to answer the question.

In the end, Lyon’s scheme caused MCM to suffer $5.1 million in losses and knocked them out of business.

In a separate civil case in Texas, a January, a jury awarded MCM $23.1 million in damages.

“At its heart, this case was about the reputation of the Texas livestock industry. I told the jury they had the power to send a message to the rest of the country that Texans do not tolerate cattle fraud and they would protect all people who buy and sell cattle in the Lone Star State. And, God Bless Texas, this jury definitely sent that message,” MCM lawyer Chris Trowbridge said in a statement at the time.

In their defense, Lyons and his parents argued that it was MCM’s own fault for entrusting him with the checkbook and that they should have known better because of Lyons’ earlier fraud conviction.