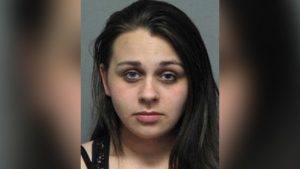 NEW ORLEANS — A woman with a history of prostitution arrests has been charged in the hotel stabbing death of a Pennsylvania businessman who was in News Orleans for Mardi Gras, police said.

Megan Hall, 25, turned herself in to New Orleans cops  Sunday morning after being sought for questioning in the bloody slaying of Pennsylvania jewelry store chain owner, Patrick Murphy, on Thursday. She has been charged with second-degree murder.

Investigators have not yet said what they believe the motive was in Murphy’s slaying, but said Hall was seen on surveillance footage checking in with Murphy at the Empress Hotel early Thursday, and leaving alone two hours later.

Police were called around noon the next day after hotel staff found Murphy lying dead in bed in a pool of blood. An autopsy determined that Murphy had been stabbed to death.

Murphy, 62, had been in town with his wife for Mardi Gras. He owns Murphy Jewelers with stores in Pottsville, Tilden Township and Center Valley in Pennsylvania. 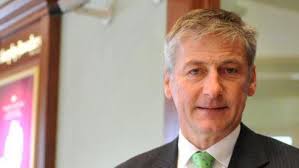 Hall, of Munford, Tennessee, had several prior prostitution busts in Nashville, Tennessee; New Orleans; and Houston. If convicted, she faces life imprisonment.