You are here: Home / Ohio / Ohio Father Sentenced to Death in Fatal Beating of Daughter 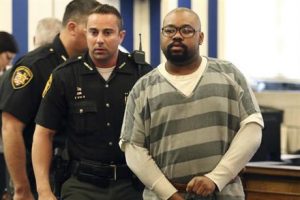 CINCINNATI — An Ohio father convicted of killing starving and fatally beating his 2-year-old daughter, was sentenced to death.

Glen Bates’ daughter, Glenara, weighed just 13 pounds when she died in 2015. She was pronounced dead after her mother took her to a hospital where doctors found belt and bite marks as well as bruises all over her body.

Prosecutors said she also was missing teeth, had broken ribs and suffered head trauma and other injuries. Authorities said the little girl had suffered the head injuries when Bates swung her body into a door frame, “like a baseball bat,” the Cincinnati Enquirer reported.

“This man is a murderer who needs to pay for what he did to this innocent baby,” Hamilton County Prosecutor Joe Deters said in a statement. “My heart breaks for this little girl. She died in one of the most horrific ways imaginable.”

A jury convicted the 34-year-old Bates in September of aggravated murder and recommended he be sentenced to death. While his lawyers argued for a life sentence but the judge followed the jury’s recommendation.

The little girl’s mother, Andrea Bradley, 30, has pleaded not guilty in the case but also faces a possible death sentence. Her lawyers have argued that her IQ is below the legal limit to be put to death and have asked the judge to have doctors check her mental competency.

Bradley’s six children are in the custody of relatives or family services.