You are here: Home / Featured Story / Oklahoma Town Opens Fire on Water Tower To Save it From Collapse 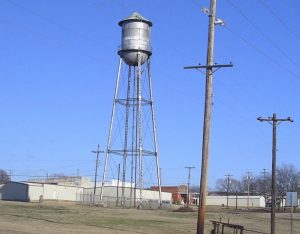 MAUD, Oklahoma  — When in doubt, shoot it.

Officials in Maud, Oklahoma came up with a 12-gauge solution to fend off the possibility that the town water tower could collapse, opening fire with a shotgun to try to break up thick ice forming around its base from a leak.

Apparently, the ice was just too thick to shatter. 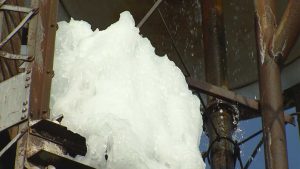 Engineers have warned that the 90-year-old tower is in danger of collapse from the weight of the ice. So city officials knew they had to act quickly, as there was a chance that if the tower fell, it could take down power lines, which would leave the town without water or electricity.

The tower began leaking around Christmas, and froze solid during a cold snap last week. The city now plans to fix the leak until it can replace the almost 90-year-old water tower.

“This was uncharted territory for us,” Zeller said. “So, we were just kinda flying by the seat of our pants by doing the best we could.”