You are here: Home / STORY OF THE DAY / Pizzagate Conspiracy Nut Opens Fire in DC Restaurant 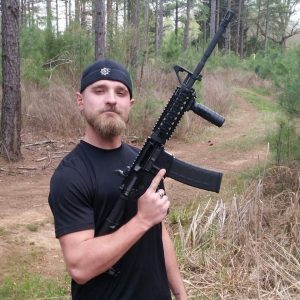 WASHINGTON, D.C.  — A man armed with an assault rifle opened fire in a popular Washington pizza restaurant on a mission to investigate an online myth that the eatery was at the heart of a child sex ring run by top Democratic Party officials.

No one was hurt, Washington police said, and the gunman, identified as Edgar Maddison Welch, 28, of Salisbury, North Carolina, was taken into custody.

In a statement, police said Welch told them he had come to the restaurant to “self-investigate”a malicious and phony online conspiracy theory known as “Pizzagate.”

The myth about the restaurant and music venue, Comet Ping Pong, first appeared in the final days of the presidential election amid the release by Wikileaks of emails from top Hillary Clinton aide, John Podesta.

With no evidence to support it, an elaborate conspiracy theory that the restaurant, whose owner is a Democratic Party supporter, was at the heart of a child sex ring, surfaced in some of the darker corners of the web and spread through fake news site and social media.

The restaurant quickly became the target of an harassment campaign both online and in real life, by people who believed the conspiracy theory to be true. Several restaurants in the vicinity say they had also begun being harassed online as well.

“From this insane, fabricated conspiracy theory, we’ve come under constant assault,” James Alefantis, Comet’s owner, told the New York Times late last month. “I’ve done nothing for days but try to clean this up and protect my staff and friends from being terrorized.”

Police say Welch walked into the restaurant around 3 p.m. and pointed his weapon at an employee, but didn’t make any threats or demands. The employee got away and Welch fired his weapon into the ground, police said.

Police quickly surrounded the building and Welch walked out with his hands up and surrendered.

Investigators say they recovered a second weapon from Welch and found another gun in his car. He was charged with assault with a dangerous weapon.

In October, Welch stuck and seriously injured a 13-year-old with his car as the boy walked alongside a road in North Carolina. Welch wasn’t charged but incident is still under investigation.

On his Facebook page, Welch noted that he liked the notorious conspiracy theory site, InfoWars, as well as its founder, Alex Jones. The site has extensively chronicled the “Pizzagate” conspiracy theory.