You are here: Home / Creepy / Smuggler Gets 11 Years in Plot to Send U.S. Technology to Russian Military 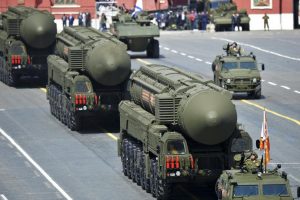 NEW YORK — The manager of a Texas-based front company was sentenced to 11 years in prison for his role in smuggling $50 million worth of sophisticated electronic components to the Russian military.

Alexander Posobilov, 62, of Houston, was accused of procuring cutting-edge microelectronic equipment from U.S. companies and then evading tight American export restrictions and shipping them to companies in Russia that supplied the Russian Ministry of Defense.

“Export laws exist as an important part of our national security framework and protecting national assets from ending up in the hands of our potential adversaries is one of our highest priorities,” said acting assistant attorney general for national security, Mary McCord.

Authorities say that between 2002 and 2012, Posobilov’s company, Arc Electronics, Inc., shipped approximately $50 million worth of microelectronics and other technologies to Russia.

The ultimate recipients of these products included a research unit for Russia’s Federal Security Service, or FSB, which succeeded the KGB following the collapse of the Soviet Union, and Russian concerns that builds air and missile defense systems and electronic warfare systems for the Ministry of Defense.

Prosecutors say Posobilov and his team lied to the American companies about the intended purpose for the electronics and then falsified export documents to send them out of the country.

Posobilov was one of 11 people and two companies charged in 2012 as part of the conspiracy to export the restricted equipment. He and two co-conspirators were convicted in 2015, five others pleaded guilty and three more remain at large.

Houston-based Arc Electronics, for which Posobilov served as procurement manager, has since been shut down. The company’s owner and mastermind behind the operation, Alexander Fishenko, was sentenced to 10 years in prison last year after pleading guilty.

A second company in Russia to which Arc sold its wares, Apex System, LLC, failed to appear in court.