You are here: Home / Creepy / Teacher Has Affairs With 2 Students Who Tell Wife, Police After Finding Out 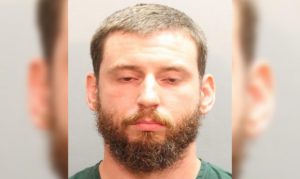 NEPTUNE BEACH, Florida — He was a creep and a cad at the same time.

A Florida high school teacher landed behind bars after two underage students he was having simultaneous affairs with told his wife when they found out he was two-timing them, officials said.

Corey French, 30, was arrested on two counts of unlawful sexual activity for having sex with the students — who were aged 16 and 17 — while he taught at Fletcher High School in Neptune Beach between 2015 and 2017.

But when they found out about each other, they were furious and confronted his wife with pictures as proof of the trysts, WJXT-TV reported. His wife then told him to leave and called school officials.

The former students told police that French confessed his love to them, and even planned a getaway to Colorado or Alaska with one of the teens, although she told authorities she knew it was far-fetched. One of the teens said she even scrapped plans to go to college in hopes that French would leave his wife to be with her.

Both girls are now refusing to press charges.

When confronted by school officials, French resigned. He has pleaded not guilty and is out free after posting bond.

French’s wife, Alexandra French, who worked as a kindergarten teacher at Venetia Elementary School in Jacksonville, was also arrested on a misdemeanor charge of resisting arrest without violence after trying to stop cops from arresting her husband.