You are here: Home / Creepy / Teen Who Held Up South Carolina Kids’ Birthday Party Given 5 Years 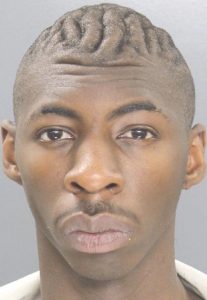 Rufus Gates terrorized a roomful of children in a robbery attempt

ST. GEORGE, South Carolina — A teenage gunman has been sentenced to five years in jail for holding a group of young children hostage during a robbery.

He was accused of barging into the room at the Delta Motel in Santee, along with 24-year-old Alex Lamar Outlaw, and holding up the six people inside, which included four young children, one being an infant.

Prosecutors alleged that Outlaw held a gun to the head of a 7-year-old girl as they sought to shake down the 35-year-old man who had been living in the room, the Orangeburg Times and Democrat reported.

Gates and Outlaw had stormed in just as the man was cutting the cake in celebration of his daughter’s birthday. Police said the men ordered all the victims into the corner and demanded that the man hand over his valuables.

At one point, one of the gunmen pointed a weapon outside the motel room and opened fire in an effort to scare the victims into complying. No one was hurt.

Outlaw had pleaded guilty in November to armed robbery and kidnapping charges and was sentenced to 10 years in prison.