You are here: Home / Dumb + Dumberer / Teen Hospitalized After Dad Orders Him to Fight Local Bully 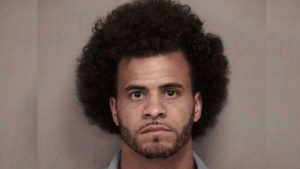 A Cleveland father has been charged with child abuse after driving his 16-year-old son to confront a bully triggering off a fight that left the boy badly hurt, cops said.

Police say Carlos Conner, 35, had insisted his son confront his tormentor, but that the teen landed on his head on the pavement when the bully picked him up and threw him down on the sidewalk.

Doctors say the boy suffered bleeding on the brain, but is expected to live.

“This has been going on for a year and half, you don’t think my brother could’ve forced him to get out the car a year and a half ago? Here, here he is, I’m going to bring you right to him, fight him. My brother’s not a bad guy,” Conner’s sister Cynthia told WKYC-TV.