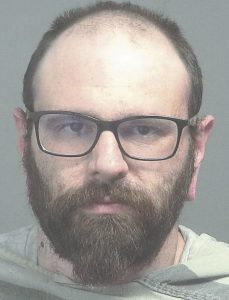 MARYVILLE, Tennessee — What a nut!

A Tennessee man has been charged with dipping his testicles into a container of salsa being delivered to a low-tipping restaurant customer.

Howard Matthew Webb, 31, of Tuckaleechee Pike, was arrested after police in Maryville were contacted by the Dinner Delivered service about a video that seemed to show someone tampering with food being delivered to a diner.

The 14-second video, apparently shot from the driver’s seat of a vehicle, shows a man in the passenger seat take a white cup and hold it to his groin area while moving his pants.

In the background a voice that sounds like a woman is laughing and saying, “This is what you get when you give an 89-cents tip for an almost 30-minute drive.”

The man says, “Ah, this feels good on my nuts.”

Webb is charged with “adulteration of food, liquids, or pharmaceuticals,” the Daily Times in Maryville reported.