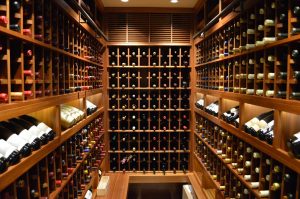 NEW YORK — He had the taste buds of a connoisseur and the bank account of a crook.

The personal assistant to a high-flying Goldman Sachs banker has been charged with stealing more than $1 million of rare wine from his boss’s collection and selling it, prosecutors say.

“Rare wines have a very specific market, but even given the narrow chance of making money illegally, thieves will find a way to break the law,” said William F. Sweeney Jr., the head of the F.B.I.’s New York office.

Nicholas De-Meyer, 40, had been charged with taking delivery of the ultra-high end bottles of wine his boss, David Solomon, had bought, and then transporting them from the victim’s Manhattan home to his wine cellar in the Hamptons.

But hundreds of bottles never made it, and were later sold by De-Meyer to a wine dealer in North Carolina for more than $1.2 million, prosecutors said.

Among the purloined grog were several bottles of Domaine de la Romanée-Conti which are among the rarest and most expensive in the world. Those sold for over $130,000.

The lesson here is:  don’t mess with a man’s hooch.