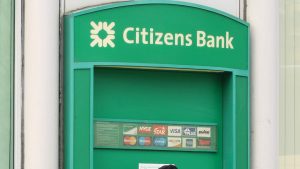 HARTFORD, Connecticut — They were aiming for a jackpot but crapped out in the eyes of the law.

Two men have been charged with running a high-tech “jackpotting” scheme in which they allegedly posed as ATM repairmen to install malware on cash machines causing them to suddenly spew out cash.

Federal prosecutors say they believe that Alex Alberto Fajin-Diaz, 31, of Spain, and Argenys Rodriguez, 21, of Springfield, Massachusetts are behind a string of recent jackpot heists in Connecticut and Rhode Island.

They were finally caught in Jan. 27, when employees of a Citizens Bank in Cromwell, Connecticut called police to report what they believed was an attack on an ATM in progress.

When cops arrived, they found Fajin-Diaz and Rodriguez holding bag in front of an ATM that was spitting out $20 bills.

A search of their car revealed tools and electronic devices that could be used for such a jackpotting scheme as well as $9,000 in $20 bills. The car also bore stolen license plates.

The two men face up to 30 years in prison if convicted.