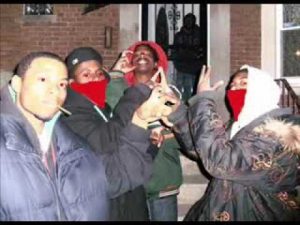 NEWPORT NEWS, Virginia — A Virginia gang leader who used his job as a high school security guard to recruit teenagers to sell drugs to classmates was convicted of racketeering and murder.

Michael Hopson, 39, who was also known as “Hop” and “Big Homie,” was the founder and leader of the Black P-Stones Gang in Newport News.

According to federal prosecutors, Hopson helped plan and direct the nefarious activities of the gang, which was also known as the P-Stone Bloods or Cobra Stones. The gang is alleged to have engaged in widespread drug trafficking, robberies and the murder of its enemies.

Hopson also worked as a guard at Denbigh High School where he recruited minors to sell drugs to other students.

Hopson faces a mandatory term of life in prison when he is sentenced in March. 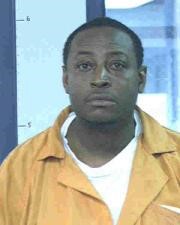 Hopson was convicted of murder and racketeering

Evidence at trial showed that Hopson personally ordered multiple shootings and murders between October 2007 and June 2009.

Among the killings included the November 2007, slaying a 17-year-old member of the gang who had been friendly with a rival gang called Thug Relations. The trigger man in that killing was given a promotion, the evidence showed.

In December of the following year, Hopson authorized the murder of a member of the Crips gang who had been disrespectful to members of the Black P-Stones.  As a result, two Black P-Stones members went to the man’s home and and fired multiple rounds into the dwelling wounding his father.

In March 2009, Hopson ordered the murder of two members of the rival 10-1 Mafia Crips, in response to the beating of a Black P-Stones member.  Two gang members fired multiple shops  into their intended victims’ homes.